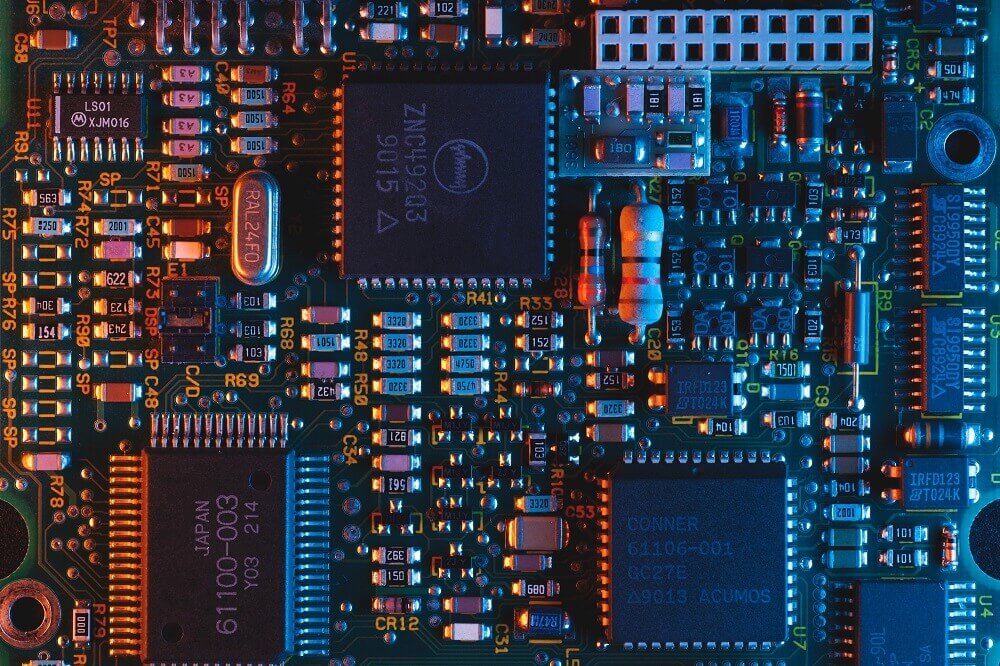 When it comes to computer memory, most forms of storage are made for short-term needs. If your computer needed to access long-term storage from your hard drive every time you searched for something, your computer would lag more than it ran.

More often than not, if your computer is running slow, it’s due to your memory. Simple diagnostics like this can make any business run smoother — without needing to figure out who to call.

This is just one of many examples of why understanding computer basics like RAM vs ROM should be a cybersecurity basic measure in your business. Let’s dive in.

What’s the Difference Between RAM vs. ROM?

The simplest difference between RAM and ROM is what kind of memory they are, or what function that memory serves to your computer overall. RAM is a temporary form of computer memory, while ROM is not.

Computer RAM, or Random Access Memory, is a volatile form of memory that nearly all your data “screens” through.

Volatile memory, which is present in all temporary storage areas, is faster than non-volatile memory and, therefore, best-fit for quick tasks like searching for recent files.

Every time a file or application is loaded, the data is placed into RAM, and then sorted further later onto more permanent storage options, like your computer’s SSD disk or a flash drive.

The only data that doesn’t immediately save into RAM is your computer’s start-up menu (more on that soon).

What is RAM used for?

RAM is used for almost every computer function you can think of: editing word documents, searching the internet, and even playing games all use RAM. Loading applications and downloading files are all placed into your RAM, too.

This is where the “Random” in “Random Access Memory” comes from: A fast computer is one that loads quickly and accurately every time, even though your requests are random.

With that in mind, it’s no wonder the old adage is, “The more RAM, the better.”

Where is RAM stored?

RAM is stored in microchips separate from your CPU.

Most PCs (and some models of Mac) allow users to upgrade their RAM as they please — up to a certain limit. This accessibility to upgrading later on in the computer’s life is easily a major deciding factor for most when buying a computer, and is the biggest visual difference between RAM and ROM. 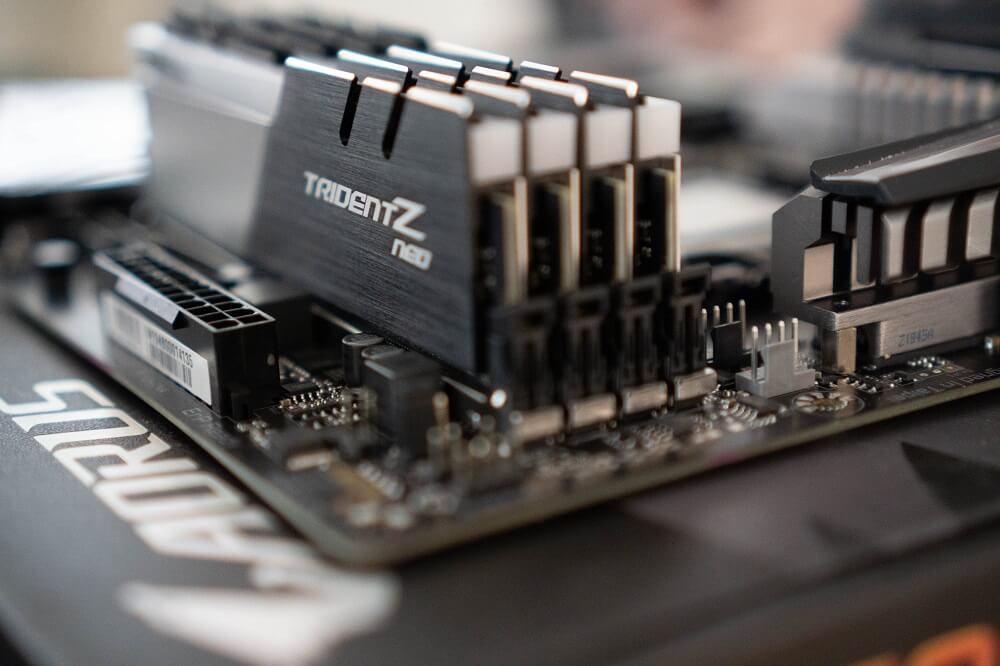 The different types of RAM

While there are plenty of sub-types of RAM than what’s listed below, we’ve shortened the list to focus on the subject matter. If you’re interested in digging deeper into the different types of RAM, this article covers it well.

Dynamic RAM (DRAM) is the most common type of memory in use today. Dynamic RAM has to be dynamically refreshed all of the time, or it forgets what it is holding.

Static RAM (SRAM) never has to be refreshed due to its flip-flop memory cells. This makes SRAM significantly faster than DRAM — and significantly more expensive, too.

ROM stands for Read Only Memory, which is a nonvolatile form of computer memory.

As you can imagine, it’s the exact opposite of RAM. Where RAM is short-term, ROM is permanent; where RAM is fast-paced, ROM is slow.

What is ROM used for?

ROM is really only present in your firmware, or the code that creates your computer’s startup instructions. ROM is written directly into your physical devices, so it technically doesn’t need electricity to store its data the way RAM does.

Think about it this way: You can turn your computer off and on again as many times as you want, but no matter what, it’ll run the same startup sequence.

Where is ROM stored?

Just like RAM, ROM can be found in microchips on your motherboard.

Unlike RAM, however, ROM cannot be upgraded or altered — it can only be read (hence “Read Only Memory!”).

The different types of ROM

As mentioned above, all types of ROM are read-only. This makes the risk of mistakes in the data or design of the microchip higher than RAM, which can be altered at any point.

And since most computer functions we use on a daily basis are reliant on RAM, we’ve gotten pretty good at streamlining ROM processes as technology has progressed.

The following types of ROM feature both old and new technologies, following the development of ROM microchips through the decades.

Masked read-only memory (MROM) is an old type of ROM not in circulation much today. It was popularized with its uses in video game cartridges and older computers, but nowadays, only four companies produce such chips.

Programmable read-only memory (PROM) is a memory chip that can be programmed once.

The idea behind PROMs originally was to give the user more control over what the ROM had programmed onto it; unfortunately, any data mistakes meant they’d need to be replaced entirely.

Erasable programmable read-only memory (EPROM) finally allowed ROMs to be reprogrammable until they worked — to a point.

The major difference between EPROM microchips and EEPROMs is the number of times they can be reprogrammed.

This is mostly due to the fact that EPROMs have literal crystals inside of them and use UV rays to be reprogrammed, while EEPROMs only need electric signals.

Electrically erasable programmable read-only memory (EEPROM) is EPROMs’ successor and the most current version of ROM on the market today.

Since they can be reprogrammed up to a thousand times in the circuit of the computer itself, they save time and money should data or coding mistakes occur. 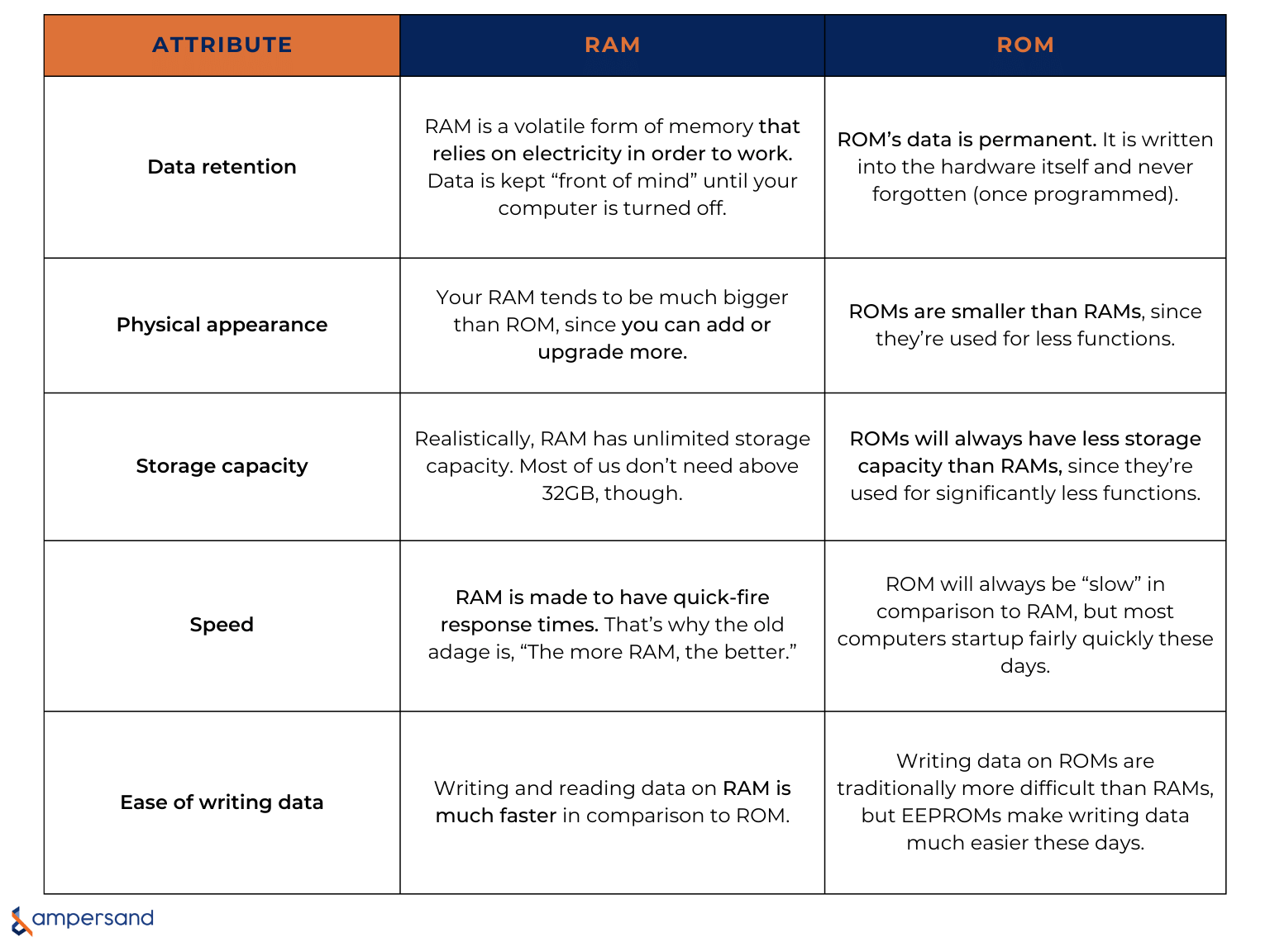 When it comes to the basics of cybersecurity, computer memory and storage may not be the first thing that comes to mind. But when most computers are easy to hack because of their memory chips, it’s time to pay attention to how you could be securing your computer memory better.

And really, that’s all we can ever hope from our cybersecurity efforts as hackers and cybercriminals will always reinvent ways to break things.